A day in the life of Dr.Smith 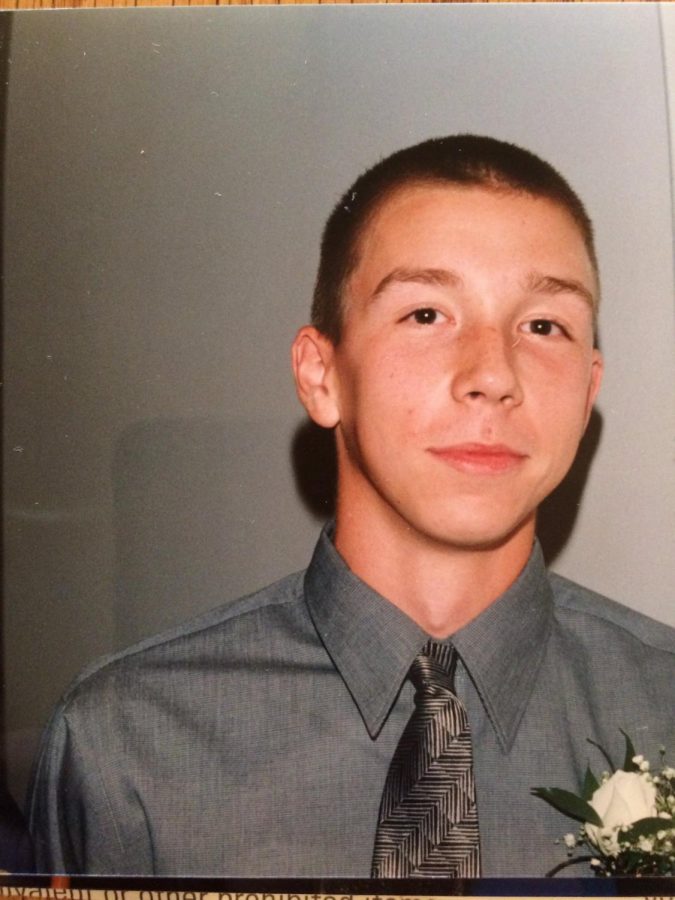 Walking into Dr.Smith’s office, one thing stands out like a sore thumb: A messy desk. The plethora of file folders and papers that cover it create the illusion of a desk with no real surface, only the work that encapsulates its purpose. An intervention attendance scanner sits in the center of it, with a coffee off to the side. To an outsider, this may seem slightly out of place in the lifestyle of a school principal. The assumption tends to be that organization equals efficiency, but this doesn’t seem to be true for new principal Dr.Smith; organized chaos allows him to keep the work cycle moving. The attendance scanner receives daily use to check students in for Arena Scheduling, and the papers consist of his favorite go-to studies about subjects like engaging in qualitative conversations and meta-analyses of practice testing. Depending on what’s needed for the task at hand, he wheels his swivel chair back and forth between the sides of the desk. He seems to know exactly where each object he needs to find is, no matter how odd its placement or deeply buried it is amongst the pale white sea of typed-up papers.

There seems to be a different atmosphere at Sandburg this year. Coming out of a remote-learning year has proven to be a different, yet much-needed change. While we enjoy the old sense of normalcy again, reopening the school amidst staff-changes and state guidelines has proven to be a challenge. There’s always work to do, and for Dr.Smith, like many others, it starts as soon as he walks into the building. The beginning of his typical mornings may sound familiar to many of us, with email-answering and important run-of-the-mill daily tasks being the starting point. There seems to be no shortage of things to do and remember.

“There’s always an extra layer of planning with the pandemic,” he says, “I finished my degree program last spring where my homework was reading and writing stuff. So the homework now is probably just as much, only a little bit different. It’s more about the planning-type stuff.”

To him, the best part of each day has been interaction with the school environment, especially now that there is more of a normal classroom environment present at school. Between classes like AP American studies, business internship, and physics, he seems to manage being in multiple places at once. A Sandburg guy all around, Dr.Smith was familiar with the school long before becoming principal. After attending Sandburg as a student, he returned later as an English teacher, and eventually made his way to assistant principal.

While reflecting on the different roles he’s had during his time here, Dr.Smith says, “It’s been awhile since I’ve been teaching everyday, but I miss it terribly…I think you have to have that idea of loving teaching to be a good leader. Being in classes, working with students, if I can do it it’s always my favorite part of the day.”

Nowadays, he ironically compares his schedule as a student to being most similar to his schedule as principal. “As a student I was super involved. I played basketball, I played baseball, I did the Aquila, NHS. So I felt like my student timeline was 7AM to 9PM, like if I had a late game and then had to do homework. That’s kind of how it is with being principal, especially starting early and my nights going a little bit later with meetings.”

However, a major difference between his student and principal life is one key part of the day: Lunchtime. “When I was a student, I used to get two cheeseburgers, a double cheese fry, and then an ice cream cookie sandwich as my lunch every day. Which is terrible. I can’t believe I ate that for lunch every day when I was in high school. When I was here I was making not the best of eating choices, I would say.”

Being principal doesn’t just stop at the end of a school week, though. “Just this past Saturday, I popped by the Palos Park Parade with the marching band, and Mr.Bailey was kind of able to give me a shout-out, and I was able to wave to all the band crew that was there. They gave me some cheers and applause, which was pretty cool.”

Social media also plays a recurring role in the life of a principal, having to stay on top of image and maintaining a connection with the D230 community online as well as in-person. “I find myself regularly using my skills as a communicator, as a writer, that link with my English teaching background on a daily basis…I’m usually scrolling the feed, I’m liking stuff, I’m pushing posts out when I can. But I try to do at least one post a day, or a couple a day. I’m trying to dabble in the ‘gram a little bit, too.”

The phrase “We learn, we grow, we inspire” has become the new mantra of this year. The pandemic is a constant reminder that while we can’t be exactly the way we once were, “We” have the unity to make this year count. Small tokens like being able to have messy desks and interacting with people in school has become the light at the end of the tunnel, and every aspect of the new school year seems to be a step taken in unison towards it by staff, students, and families.

Dr.Smith puts it, “When we refer to organizations as “we” it shows that it’s a group where we feel a strong connection. I think that encapsulates how many feel about Sandburg, but also how I hope many more people will feel about Sandburg.”

From school events to school board meetings, learning, growing, and inspiring has become something that everyone at Sandburg can count on everyday: Learning in classroom settings as well as outside of them, growing from this knowledge, and inspiring the world around us, no matter how much organized chaos we decide to incorporate into our lives.