Tenacity of a team coming to fruition 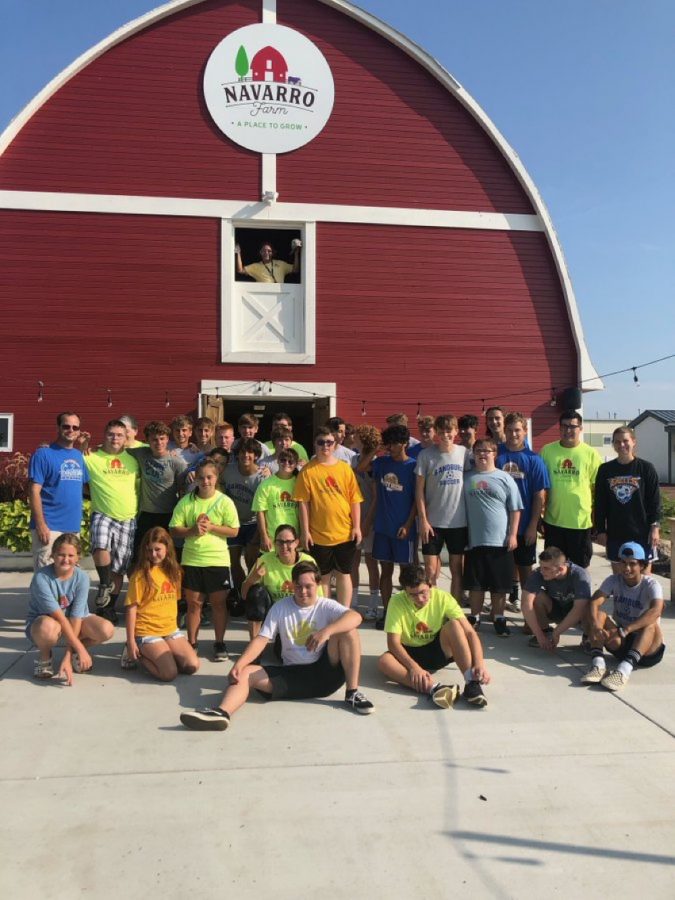 Sandburg boys varsity soccer team at Navarro Farms, where they formed relationships with the special needs kids there.

Throughout the season it wasn’t rare to spot dedicated members of the Boys Soccer Team well after school hours. Their commitment and resolve paid off, as they were able to win several games in a recent Naperville (WIN 5-2, WIN 4-3) tournament, and did similarly well at another tournament in Plainfield (WIN 5-2).

Team members have noted their increased success this year and overall improvement at tournaments- and Sebastian Burzynski and Keith Monteclar (varsity) were quick to attribute this progress to their teammates. In fact, local newspapers and the Chicago Tribune have taken interest in some, specifically Christos Dalmares.

Coach Desi Vuillaume states, “it’s great to see players you coach succeed.” When asked what might be contributing to the team’s accomplishments, Coach Vuillaume accredited the “awesome kids on the team, who’ve really put a lot of work in over the last few months,” and he believes, “a lot of people are just happy to be out there and working hard, since COVID. Their work is definitely leading to some good fruition.”

Coach Vuillaume has been sure to keep morale high by attempting to spice up practice every now and then, and fostered a positive environment for the team. Their collective efforts have observably paid off, and support from the community also contributes. On September 21st, the team hosted the annual Senior Night, and in an effort to raise money, and 250 kids from local clubs came to display their encouragement. They were able to raise more than $1800 for Navarro Farms, a non-profit organization based in Frankfort, Illinois.

These accomplishments have culminated to an enthusiastic mindset. The soccer season ended in a shootout loss against Shepard in the regional semifinal.