Homecoming 2021: behind the scenes

Mr. Peronto, a student council sponsor and dance planner, rates the dance "a nine" out of ten. 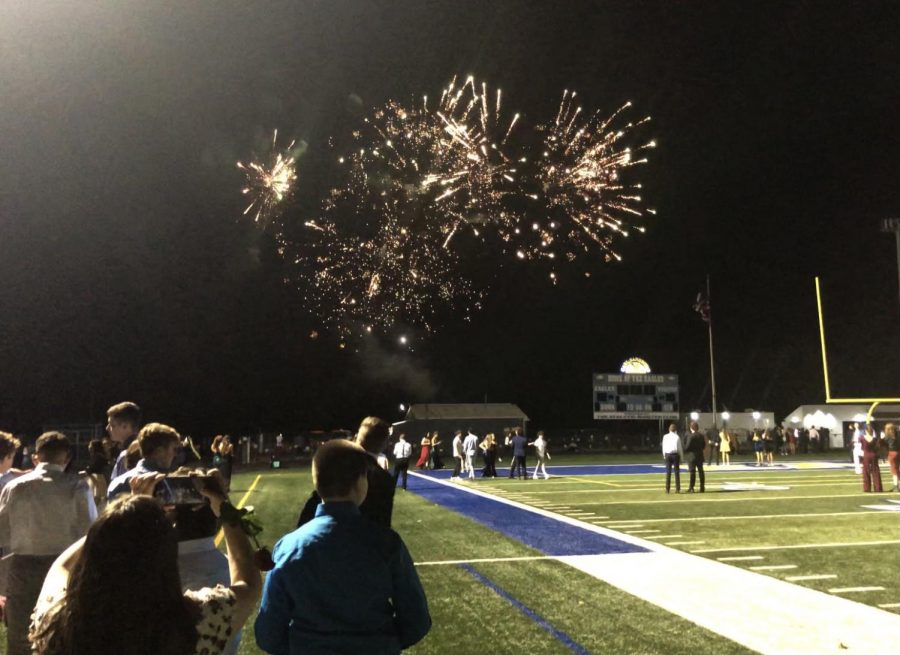 Sandburg’s Homecoming dance came back this September with fun festivities and spirit days, and in a new change from past years, the dance was held outside on the football field with a Starry Night theme. About 1,400 students were in attendance. Leading up to the dance were Destination: Hawaii day, Decades day, Jersey day, and “Country-Western or Country-Club” day, along with the Color Wars assembly. With this being the first Homecoming since 2019, lots of planning went into making the event a success.

“There was added importance” this year, said Mr. Peronto, a sponsor of Student Council. Freshmen and Sophomores, who might have never gone through anything like this before, were about to have their first Homecoming experience. He believes that Student Council pulled it off. “It was a nine” out of ten, he says. “Overall, [it was] a really good week” and students will be “coming back next year with great memories of [Homecoming].”

Another anomaly this year is which class participated the most in the Homecoming spirit days. Usually, Seniors and Juniors are the most active students, but this year wasn’t the case. “Over and over, people kept talking about the Freshman class,” Mr. Peronto said. “[They] came in here with no expectations of Homecoming… and really stepped up.” He mentioned that he observed this firsthand, too, with increased Freshman attendance in the Powderpuff game and greater Freshman gold rush shirt sales.

Planning this week-long tradition wasn’t easy, though. When asked about the challenges brought up by having the dance outside, Mr. Peronto said that finding those tents was a source of frustration. “Everybody is demanding tents right now,” he says. “From a logistical standpoint, that was the hardest thing.” And it’s not very hard to see why. With COVID still having a predominant effect in our community, outdoor dances quickly became the go-to for many schools in the Chicago area looking to bring back the classic high school experience.

This Homecoming had the challenges of being outside and introducing two classes to Sandburg’s culture instead of the usual one, and it seems to have been a market success. Only time will tell whether it stays or fades away for Freshmen and Sophomores, but the hope from Student Council sponsors and leaders is that this school spirit boost continues on strongly for years to come.